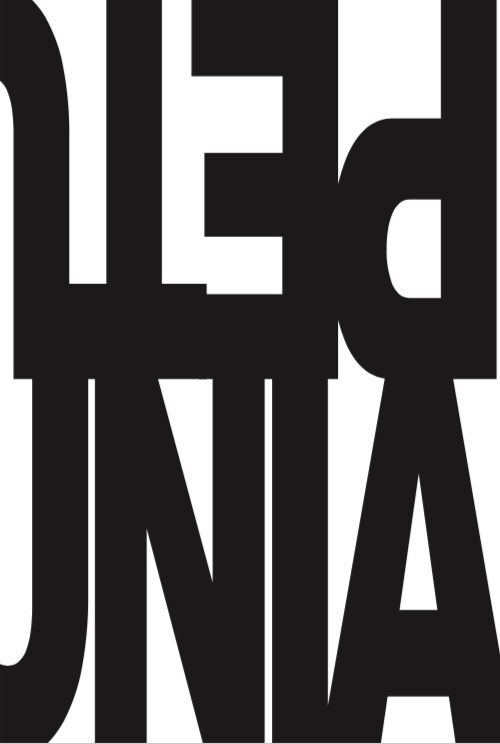 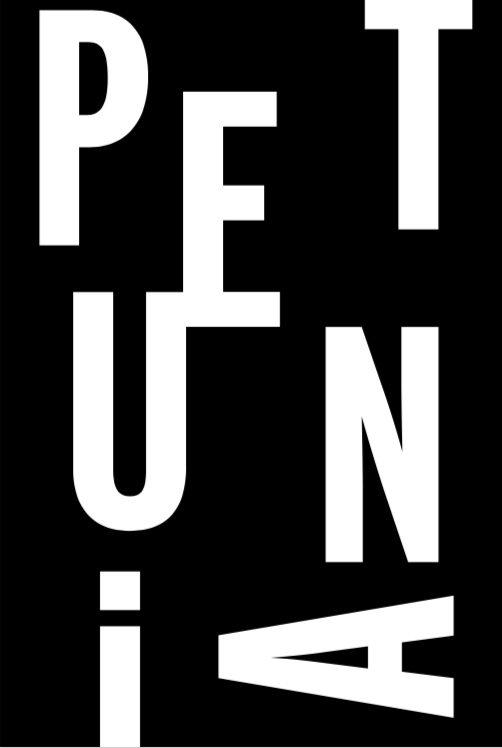 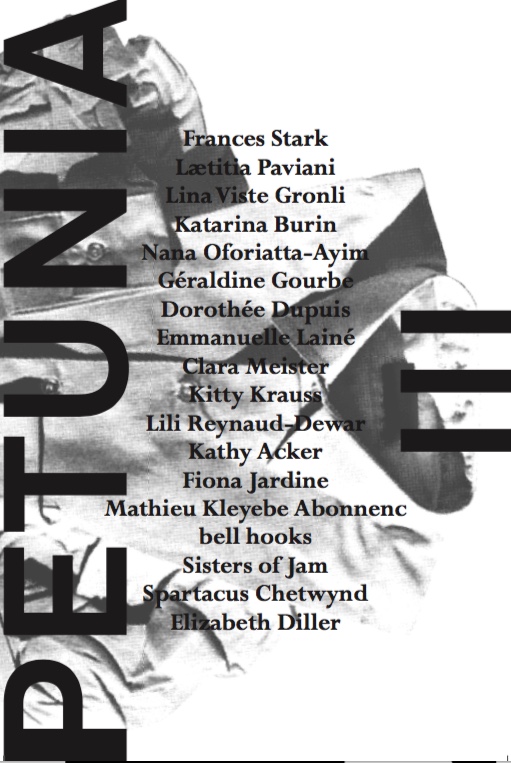 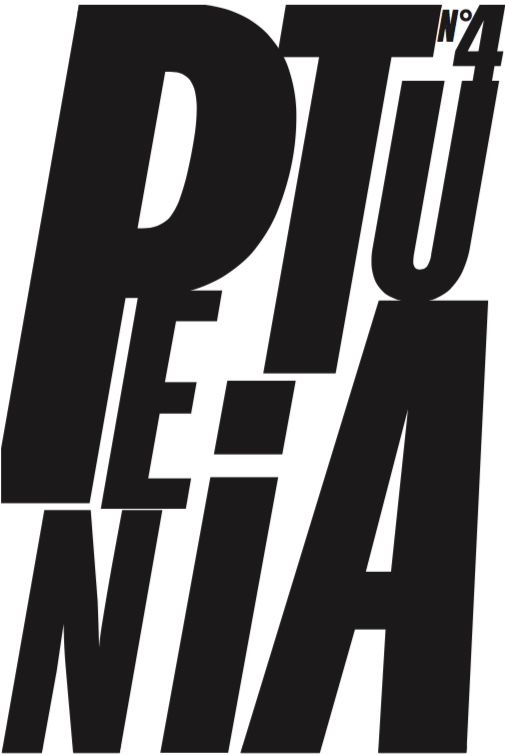 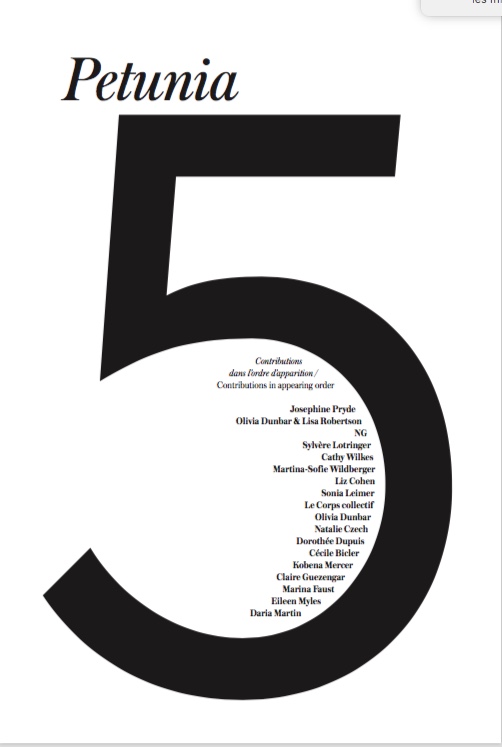 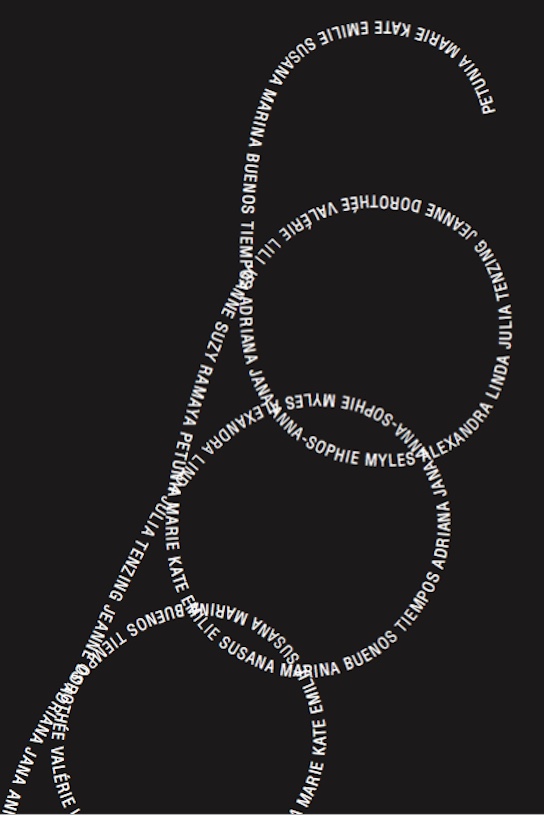 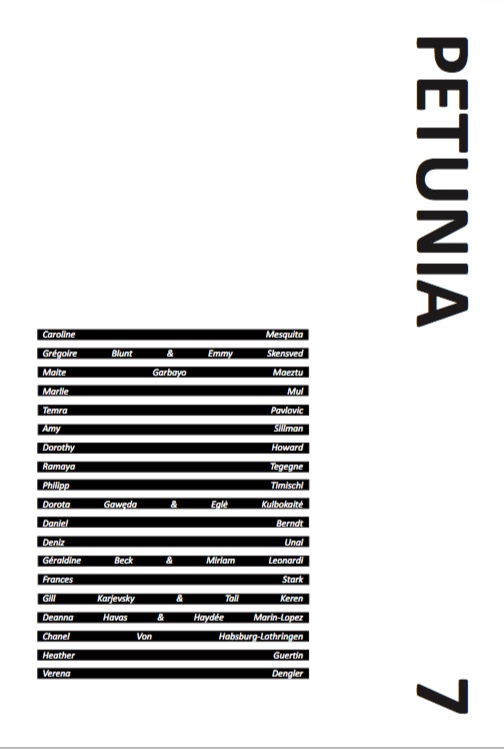 Pétunia emerged as an idea in 2004 nourished by discussions of Claude, Valerie Chartrain, Lili Reynaud Dewar and Mai Tran. The idea was to create a magazine to read the texts we couldn’t read, to adopt perspectives no one was taking and review the works no one wrote about in France by then when the word feminism was still obscene. The magazine took a little time to come to print, as it was first released in 2009 when Dorothee Dupuis joined the team of Valerie Chartrain and Lili Reynaud-Dewar.

Petunia is an illustrated magazine with contributions by artists, critics, and authors in French or English with the aim of questioning the oftentimes discriminating nature of the art world with regards to race, class or gender. Pétunia’s issues have been organized around subjective emergencies, in other words, around issues and topics, Pétunia’s team found relevant and urgent to discuss at that particular moment in time. There is no editorial or publisher’s statement. Each issue is autonomous and does not connect with territorial issues and current matters or trends. There are no chapters or sections, but diverse textual forms, from theoretical texts to diary entries to pure fiction or comics, mostly concerning contemporary art. The layout of Pétunia is an important part of each issue; its graphic design is very present and proclaimed. Pétunia wants to be an unclassified object that paradoxically affirms a strong identity in focusing foremost on the work of women critics, curators, artists…

From this perspective, Pétunia is a feminist publication playing the game of affirmative action, as a response to the constant imbalance of the role and place of women in the art world.  Petunia also reactivates — hopefully with nostalgia and humor — the forms of ideological engagement of women regarding art and critical production, while enriching its view of three decades of women studies, black studies, post-colonial studies and, of course, post-feminist studies.